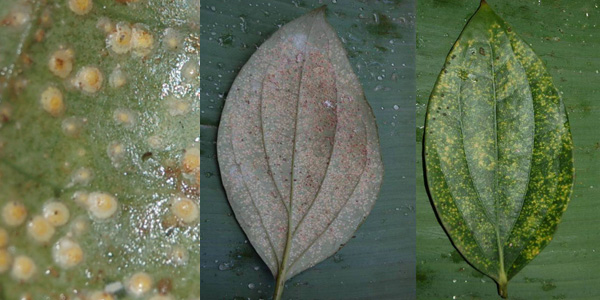 Scale insect is an occasional pest of pepper. The attack is mainly seen in summer months. They feed on plant sap from tender parts. The infected leaves show chlorotic symptom and eventually dry up. Depending on the level of severity proper control measures need to be adopted.

The symptoms are very much characteristic of the problem and can be easily distinguished from other problems.

Among the various scale insects recorded on black pepper, mussel scale (Lepidosaphes piperis) and coconut scale (Aspidiotus destructor) cause serious damage to the vines at higher altitudes and also to older cuttings in nurseries in the planes.

Females of mussel scales are elongated (about 1mm length) and dark brown and coconut scales circular (about 1mm diameter) and yellowish brown.

Scale insects are sedentary, remaining permanently fixed to plant parts and appear as encrustations on stems,leaves and berries.

They feed on plant sap and cause yellowing and wilting of infested portions; in severe cases of infestations the affected portions of vines dry up.  The pest infestation is most severe during post monsoon and summer periods.

Some of the images of identified scale insects affected Plants 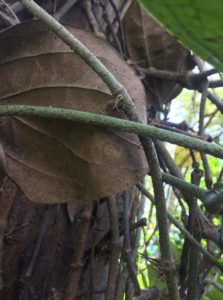 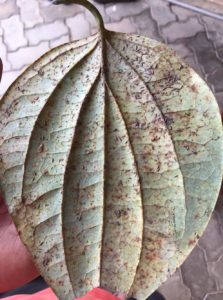 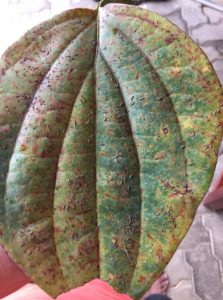 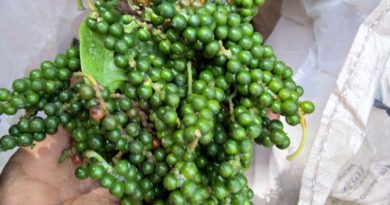 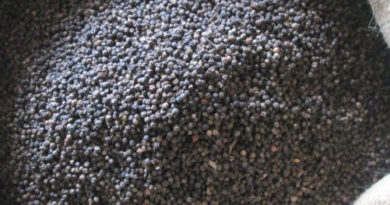 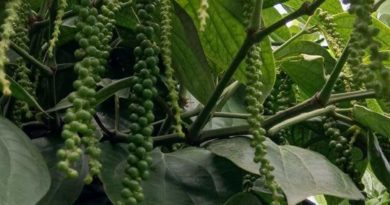