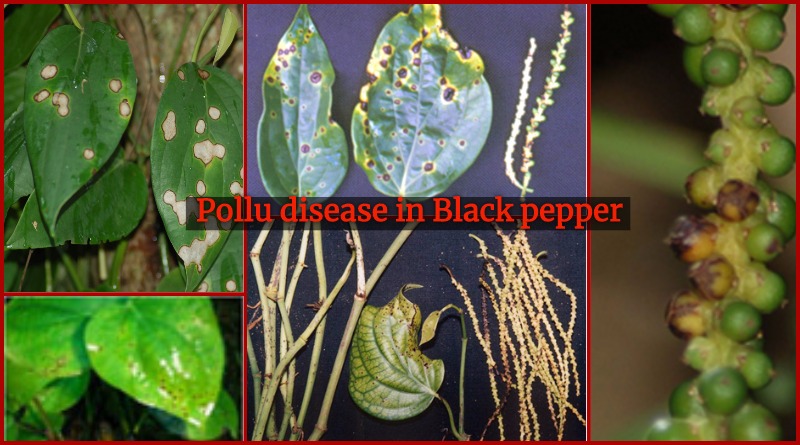 In India, this is known as fungal ‘pollu’ disease.In Malaysia/Indonesia it is known as black berry disease.

The disease is seen mainly after monsoon season. And control of the disease is very much important to save the crop.

On young leaves and spikes, the disease is characterized by grey white to dark brown spots of varying size with several dark dots on it which is surrounded by a yellowish hallow.

Signs differs from sikes to berries. 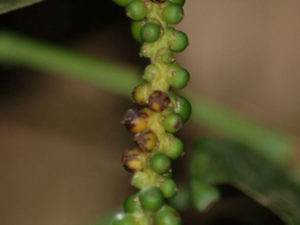 On spikes, black discoloration appears on the attached portion of the stem, later leading to spike shedding which results in 100% yield loss.The infection starts from the tip of the spike and gradually progresses upwards.

On the berries, the infected berries get dry, later become hollow (Pollu) and shed in large numbers.Berries at the proximal end of the spike develop to maturity except that they exhibit minute black spot. Berries close to the diseased portion are smaller in size,

On developed berries, mild crack on pericarp of berries and further development is affected. The affected berries dry up gradually and remain as light berries leading to dry weight loss. 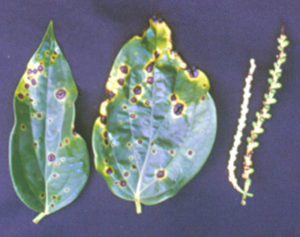 Mode of Spread
Infection begins during the period of spike emergence and subsequent development. Anthracnose disease is mainly spread by the rain splash.

Season
The disease appears towards the end of the monsoon. 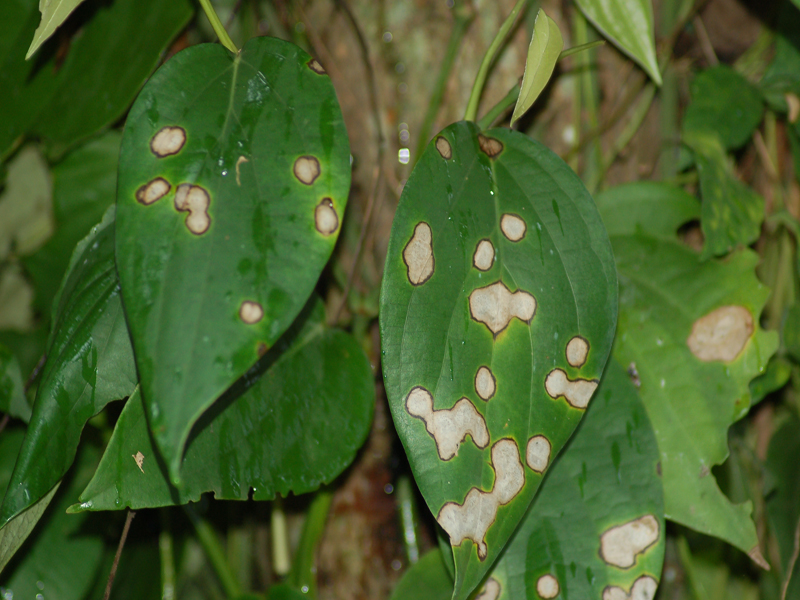 Irrigating black pepper vines during summer months has been found to substantially reduce the disease symptoms. Adequate shade regulation is a must for managing this disease.

Remove and destroy all fallen leaves and spikes

In India, the pre-monsoon and post-monsoon spray with Bordeaux mixture (1%) or carbendazim +
mancozeb (0.1%) is recommended to check the anthracnose.

GAP – Effects and management of Slow decline in pepper 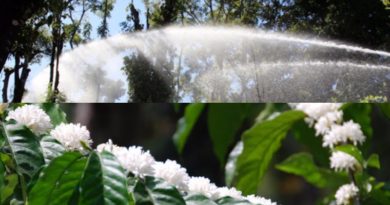 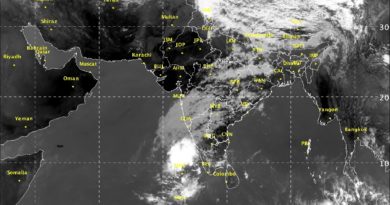 Rainfall forecast for the next 24hrs: Coastal Karnataka, Malnad region likely to receive to heavy rains 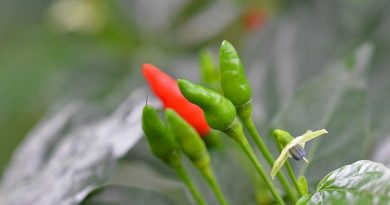