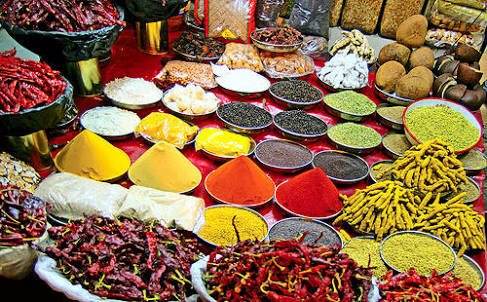 The floods in Kerala and Karnataka have pushed the prices of spices imported from these States by at least 25% in Mumbai.

Prices of Coffee and common spices like cardamom,black pepper and nut meg which is supplies from Kerala and Karnataka have been affected by the floods.

“Each spice has a season and they are kept in cold storage till the next season. So the prices of the spices in the storage have gone up as the crops in Kerala have been affected and there will be a shortage in the next season as well,” a trader from APMC market said on Tuesday.

The spices that come from Kerala are nutmeg (jaiphal), dry mace (javantri), cloves (lavang), green cardamom (elaichi/velchi), dry ginger (sonth), and black pepper (kali miri). Green cardamom comes only from Kerala while others are also imported from other countries.

Nutmeg that used to cost around ₹600 is now ₹800 per kg. Dry mace which was available between ₹1,300 and ₹1,800 per kg, is now priced between ₹1,500 and ₹2,100. Both these spices, which are also imported from Colombo, was stocked in June. Cloves which are largely procured from Indonesia are not much affected. “Cloves come from Kerala as well, but in a very limited quantity. It costs between ₹900 and ₹1,100 and there is a price rise of ₹50 to ₹100,” Bhavesh Vitha, a trader from APMC market, said.

Green cardamom which is traded only from Kerala is supplied twice a year: July and December. The rate of green cardamom which was between ₹1,100 and ₹1,200 now stands at ₹1,400 to ₹1,500. The price is expected to increase if the supply gets hit in December.
“There will be fluctuations in the prices of the spices depending on the loss Kerala has suffered. As and when we get to know the condition of the crops there, there will be a change in prices,” Mr. Vitha said.
Dry ginger is supplied from Karnataka and Kerala, and also imported from Nigeria and China. The best among them is the one coming from Kochi, and it costs between ₹220 and ₹250 per kg, while earlier it was between ₹150 and ₹170.

Also read  Black pepper,Cardamom costlier by 50% due to Kerala floods